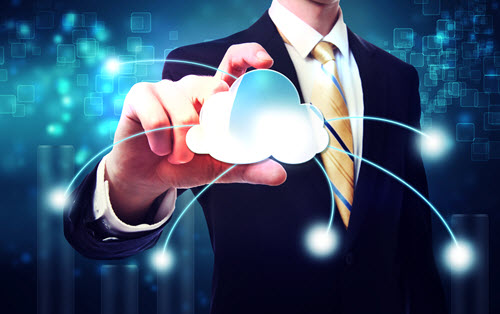 With the cloud taking over the business world, there’s never been a better time than now to build a cloud infrastructure at your business.

Fortunately, a VMware vSphere deployment can help you get the cloud ball rolling.

Here are just a few things your business should consider when it comes to VMware vSphere deployment:

Before you embark on a VMware vSphere deployment, it’s wise to get a grasp of the terminology that goes along with the technology. Although it’s similar to other common infrastructures, there are some specific terms you should be familiar with.

For example, you’ll see the terms adapter, port, link, and NIC used frequently when talking about VMware. These are simply end points for network connections.

Likewise, you’ll also see the terms trunked, bonded, teamed, and bundled ports used often. This refers to the pairing of two connections being treated as a single connection.

Additionally, IP hash is a term used to describe switching to alternate paths based on the IP addresses of the end points for more than one connection.

Similarly, a cross stack ether channel refers to a pairing of ports that can span between two LAN switches.

This is just a general introduction to terminology – more terms will pop up throughout the deployment process.

Security should be a top priority for your business, especially when implementing new software.

As the following article looks at, along with the 4 things to consider when planning a VMware vSphere deployment is the security concerns that come about, especially in terms of server traffic.

Because storage traffic is transmitted using clear text across your LAN, it is wise to use NFS storage via trusted networks when deploying VMware vSphere.

In addition, to eliminate hacking concerns with NFS servers, it’s also wise to use a dedicated LAN, which will provide the most protection and isolation.

Think About Your Future Needs

The storage and virtualization requirements will likely change over time, which is why it’s important to consider the future needs of your business. Before deploying VMware vSphere, you should first think about resource capacities.

The virtualization that VMware provides allows your business to treat hardware and software upgrades separately, but it’s still wise to think about these upgrades in advance.

You should also consider your future business requirements in terms of network utilization, memory usage, CPU utilization, and storage. Doing so will ensure your VMware vSphere deployment is effective for years to come.

Take Advantage of the Benefits of VMware

Deploying VMware is one thing, but taking advantage of everything the vSphere has to offer is something else entirely.

To get the most out of the deployment, make sure you automate the patch and update management process by monitoring VMware performance.

Likewise, you should also protect your business data by using integrated backup with the vSphere. Integrated backup offers numerous failover and recovery features, which will help keep your applications running smoothly, even when they’re clustered.

Before you go the VMware vSphere route, make sure you take the information mentioned above into consideration.

About the Author: Adam Groff is a freelance writer and creator of content. He writes on a variety of topics including the cloud and business software.

Things to Consider When Scaling Your Business

Tech Ideas That Will Help Your Small Business the Most

Why Your Business Needs These 4 Tools

Benefits of Moving Your Company’s Data to the Cloud