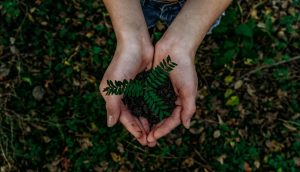 Saving the environment is a goal we should all be striving towards this year. The climate crisis is only getting worse and our pollution is continuing to rise. Amongst this increase, there are people who are trying their best to fight back. If you want to join in on the fight, you’re going to have to make some changes. Living an eco-friendly life might take a few sacrifices, but it could also surprise you with some benefits. Here’s how you can start.

When it comes to reducing your personal carbon footprint, energy conservation is key. Saving energy is one of the most important things you can do to lessen your impact on the environment. People expend quite a bit of energy through their day to day activities, and this energy is often sourced from environmentally harmful sources. Even the most environmentally progressive countries utilize sources such as coal and natural gas for their energy expenditures. Little by little, their citizens create pollution simply by using this energy. Lessening your impact on the power grid also reduces your carbon footprint, lessening your contribution to carbon emissions.

There are many ways to reduce energy usage within your home. For starters, you need to look at all the things that consume unnecessary amounts of power. Start with the lights. Most people have a tendency to leave the lights on throughout their homes, even when they aren’t necessarily in the well-lit rooms. This is something you can easily change. You can simply shut off the lights in rooms that aren’t occupied. You can even limit the amount of light by only using smaller sources like lamps when you need them.

Some sources of energy usage aren’t as obvious as lights are. Consider the energy vampirism in your home. Various appliances use energy just to be on stand-by, and they signal this with small blue lights that turn on when they are plugged in. You don’t really need this feature, and all it does it sap power for no reason. Plugging them all out during the night would be a bit tedious, so try to use an extension cable with a switch. You can power-off a bunch of appliances you most certainly won’t be using as you sleep. You get to save a ton of power every month, just by flicking a switch.

Investing in eco-friendly technology can pay off quite a bit. Lots of appliances have low-power and efficient versions that don’t expend as much energy. Everything from AC units to refrigerators can be found in a more efficient form. Replacing any appliances might seem a little too costly, but it’s an investment that pays off after a while. The longer you have efficient appliances, the less money you’ll pay for your power bill.

Most people cherish the leftover gadgets that their parents leave them, especially since these appliances often last a lot longer than modern alternatives. Don’t be fooled, this isn’t necessarily a result of planned obsolescence. You could be dealing with an appliance that lasts a while simply because it’s completely inefficient. Technology improves significantly over the span of a couple of years, and this goes for its eco-friendliness as well. What you might lose in longevity, you’ll definitely gain in efficiency with newer appliances.

Cut the meat out

The environment is being attacked on all fronts, and it’s important that we address every harmful factor so that it can get regenerate. Speaking of regeneration, plant life and greenery are great answers to the problem of carbon emissions. Plants naturally convert carbon dioxide to oxygen, so more plants equals fewer problems. This is why there are so many tree planting initiatives going around in the world. With more trees around, you don’t have to worry as much about carbon emissions.

However, there’s also a force that’s chopping down countless trees and opposing this restoration – the meat industry. You would be surprised at how much space animals take up. It takes around two acres of grassland to feed and maintain the average cow. The industry is constantly expanding to make way for more farmland to raise animals. This often means cutting down thousands of trees to create space for a few farm animals here and there. Because of this, many individuals are turning vegetarian to avoid playing a part in this habitat destruction.

The meat you consume doesn’t grow out of thin air, either. It comes from living creatures that require food and water. This food requires tons of water to maintain as well. This means any farm animal will use tons of water just to live and grow until it’s butchered. It’s a huge waste for such a small luxury.

While cutting out meat entirely isn’t something most people are comfortable with, downsizing might be the ideal compromise. You don’t have to eat red meat every single day of the week. Try your best to reduce the amount of meat you eat every day and keep it on a reasonable schedule. Once or twice a week would still satisfy your protein needs, while also helping to reduce the enormous negative impact on the environment.

Hands off the wheel

It’s no secret that motorized vehicles have a noticeable negative impact on the environment. They release many hazardous substances that pollute the air and contribute to the greenhouse effect. It has become increasingly difficult to reduce the impact of vehicles, as they are a ubiquitous part of our daily lives. You need to drive your car to work, school, the hospital, etc. Even if you don’t own a car, you’re likely still contributing to this effect by using taxis or buses.

It would help to lay off the wheel for some time. This would lead to fewer emissions and you wouldn’t have to worry about polluting the air. However, how sustainable is this change? If you have a long commute to work or school, you won’t exactly be enthusiastic about walking there from now on. Even a bicycle becomes a difficult decision, considering that not everyone has the stamina to ride one for miles on end.

The demand for environmental transport options has led to the creation of an electric bike. People are using them more and more to fulfill their transporting needs, and their usage is only growing. An electric bicycle allows you to cover long distances without using fuel or getting exhausted. The electric portion of the bike can take over at any time, allowing you to rest and regain your energy. At the same time, you also get to avoid traffic jams, which is a big plus.

You might be wondering if electric bikes are entirely good for the environment, considering they still have to be charged. Solar power stations are becoming more and more common in the developed world, and they’re perfect for environmentally friendly electric bikes. If you charge yours at such a station, your bike becomes completely eco-friendly as no fuel was used to keep it charged.

It’s important to remember that it’s not just your vehicle that uses up tons of power from harmful sources. Your home still falls under this category. There isn’t much you can do about it, considering that everyone gets power from the same grid. However, you can always make your own power and do it in an environmentally-friendly way.

Renewable energy sources aren’t just utilized by power plants anymore. Individual homeowners can provide their own homes with eco-friendly power sources as well. Take solar panels for example. A homeowner that installs just a few of them is able to harness the sun’s energy to power their entire home.

The only issue is that these panels are often pretty costly to install. The good news is that such an investment would most definitely pay off relatively quickly. With renewable sources, you can start using your own power and save on the regular power bill. This might take a while to become worth the trouble, but it’s still a smart long-term investment. If you’re able to install these panels, you also get some additional benefits you might not know of. Governments often subsidize personal renewable energy projects, as they are also beneficial to the power grid. You might get a tax break or two from simply installing these solar panels. It could end up being worth the investment much sooner than you think.

Living an eco-friendlier life seems hard on the surface, but it’s not all that difficult in practice. All it takes is a little restraint and some basic eco-friendly tips. If you’re determined to reduce your carbon footprint, you can start by making these changes in your everyday life.

Next post How to Stay Safe While Operating Your Rented Crane

Work Waste: How to Tell the Trash From the Recyclable Materials

Should You Buy Land Without Mineral Rights?

How to Identify the Best Used Cars for Your Business Fleet