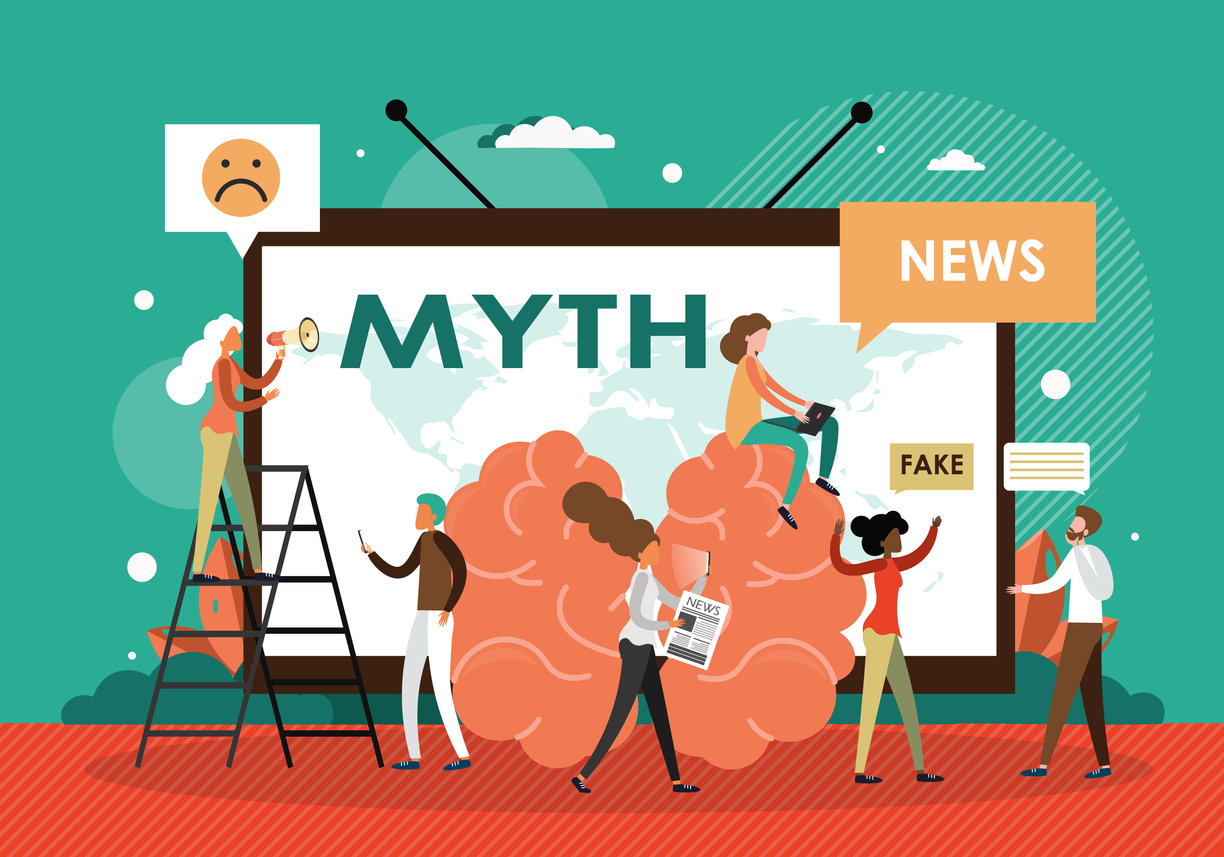 In the modern world where technology thrives, it is uncomplicated to spread misinformation — or false news. It is not a new phenomenon, only the ways to unfurl it have been altered to make it more believable. Many people have difficulty deciphering the information as true or false. Misinformation not only misinforms the reader about situations but can also be used as a weapon to cause panic. The more views it gets, the more misinformed the people — who are most likely to believe anything that is broadcasted — are. An example related to the same would be the misinformation spread regarding the Covid-19 virus. According to the information, 5G technology was linked to the spread of the virus, as it suppressed the immune system while the virus communicated through radio waves. Though debunked by officials multiple times, it continued to be spread across the internet through false websites and trolls.

“People deserve the benefit of the doubt, but information? Always hold it up to a cold white light. Misinformation is a tool of the Devil.”

In What Ways is Misinformation Spread?

Misinformation can be spread in various different ways. Some of them are :

1. Clickbait: Ever noticed youtube videos with atrocious, but intriguing headlines? It entices the viewer to click on it, but once clicked the video is not necessarily relevant to the title. Clickbait is often used to earn more views — which in turn earns more money.

2. Propaganda: Often, we see updates and articles related to politicians on our feed. But not all of them are true. Some writers publish inaccurate content, even while knowing so. This is just to bring down the reputation of an individual and is surprisingly efficient. This promotes a biased perspective among the population.

3. Imposter Content: True stories are often replaced with completely irrelevant or made-up ones. So, not all of your WhatsApp forwards are true! Think before you click~

4. Satire: Some content is published mainly to provide entertainment. These stories use sarcasm, humor, irony, and satirical jokes. This content is not to be taken seriously, however many readers may not understand so. They tend to believe exaggerated stories about famous people.

“Constantly exposing yourself to popular culture and the mass media will ultimately shape your reality tunnel in ways that are not necessarily conducive to achieving your Soul Purpose and Life Calling. Modern society has generally ‘lost the plot’. Slavishly following its false gods and idols makes no sense in a spiritually aware life.”
― Anthon St. Maarten

What Are the Effects of Misinformation?

“In this era of fake news and paid news artificial intelligence is more and more used as a political tool to manipulate and dictate common people, through big data, biometric data, and AI analysis of online profiles and behaviors in social media and smartphones. But the days are not far when AI will also control the politicians and the media too.”
—Amit Ray

Misinformation is dangerous to every person. It causes confusion and misconceptions of reality and undermines the overall trust of official news sources. It often aims to damage a person’s reputation, get religious views, and/or make money through advertisements. Without such visions, the spreading of misinformation would be unnecessary. It tends to over-dramatize situations and put the viewer in a dilemma, or change their opinions. One may question how someone can be persuaded so easily over the internet and the cultivation theory — proposed to examine the lasting effects of media and television can prove otherwise.

George Gerbner introduced Cultivation Theory “as a macro level system of explanation about mass media”. His hypothesis stated that the more media or television a person is exposed to, the more probable they are to believe that everything broadcasted to them matches reality. As a result, high-recurrence watchers often have extraordinary trouble unraveling the same. The effects have proved to be quite harmful to the human mind.

How Can We Avoid Misinformation?

That leaves us with one simple question. How can we know if the information we receive is true or not? How do we avoid misinformation, and do the least to stop it then and there?

The thought that misinformation can be used as a weapon can be terrifying at the least. But we can avoid being scammed by using various ways, some stated above. It shouldn’t be confused with disinformation, which is false or misleading stories created by a writer with a political or social motive to do so. Misinformation is far from that, and more of a threat too.

As we move forward generation by generation, technology will continue to advance. I believe there will be more threats on the internet rather than just misinformation — there currently are too. Undue advantage can and will surely be taken by certain people and we cannot do much to stop it. However, we can protect ourselves and we should. So remember to think before you click and always be on the lookout for fakes or scams!

Next post Dealing With a Car Accident on a Business Trip

One thought on “Misinformation on the Internet”

Can Business Ideas be Patent or Protected?

5 Data Integration Strategies For Every Business