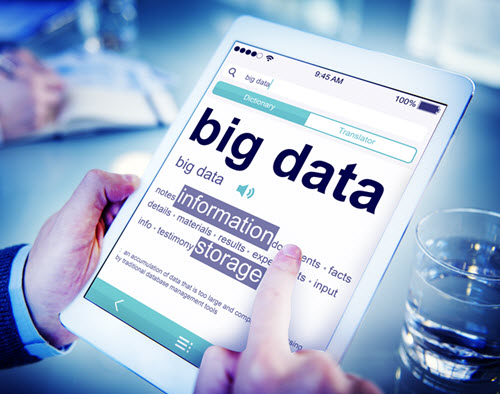 Businesses around the world are adopting big data technology at a frenzied pace.

Big data analytics enables them to obtain previously unattainable insights from their data, which can help them make better-informed decisions. While this technology promises great rewards, it may expose businesses to certain security risks. However, new technologies are constantly being developed to prevent big data breaches.

Here is a look at some of these technologies….

The big data repository of a company contains massive amounts of data, which may include important data such as customer data and trade secrets.

It is a very tempting target for hackers, because it enables them to get a big payoff from just one attack. Additionally, a big data repository usually includes data that comes from a variety of sources, and each data source may have its own security policies. As such, it can be difficult for a company to apply the appropriate levels of protection for all its data sources without overly restricting data accessibility.

A big data system is more vulnerable to hack attacks than a single database server because of its distributed nature. Since it uses multiple servers, the configuration of servers is more likely to be inconsistent, making it easier to breach.

Another reason why big data may be a risky solution for businesses is because big data programming tools, such as NoSQL and Hadoop, were not developed with security in mind.

According to an article entitled “Don’t Let Security Concerns Impact Use of Big Data“, data security options were limited when Hadoop and its partner organizations began establishing a foothold in the market, and most security products were not updated to be used in a Hadoop environment until recently.

The risk of big data breaches can be significantly reduced if you use versions of open-source software that are more secure, such as Apache Accumulo, Hadoop .20.20x or higher, and Cloudera Sentry. Accumulo and Sentry can facilitate role-based access control to provide greater protection for NoSQL databases.

An audit logging tool can help you monitor and analyze big data clusters more effectively, and you can implement this tool by using a technology such as Apache Oozie.

In order to ensure optimal security, you have to make sure that the files are monitored and examined by your security engineers, and the tasks of auditing, analyzing and maintaining logs are performed consistently throughout your company.

It is important that you create secure servers for every system in your company’s big data architecture. Make sure that patches are constantly updated and only a small number of users can access administrative privileges. An automation framework, such as Puppet, can be used to automate system configuration and keep all the big data servers in your company uniform and secure.

Overcoming big data challenges is not an easy task, but it is definitely a worthwhile endeavor. The sooner you are able to implement big data competently, the greater is your advantage over your competitors.

About the Author: John McMalcolm is a freelance writer who writes on a wide range of subjects, from social media marketing to Cloud computing.

Tips And Tricks For Your Company’s Data Monetization

How Does Web Data Extraction Work?

4 Tips to Getting Big Data Solutions

The Uses for Professional Security Services

Tech Tips That Will Improve Security for Your Business

Malware and Malicious Apps: 5 Tips for Protecting Yourself and Your Data