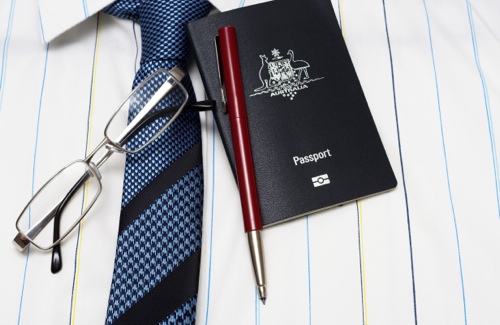 With its baby boomers getting older and leaving the labor force, Australia finds itself facing a worrisome unemployment problem. In an effort to lower its unemployment rate, the government is taking measures to encourage employers to hire more baby boomers.

Partly due to uncertain financial conditions, an increasing number of baby boomers in the country are seeking to reinvent their working lives after retirement.

Here is a look at the employment situation for Aussie baby boomers….

Figures released by the Australian Bureau of Statistics showed that the Australian economy grew at a rate of 2.8 percent in 2013, which was slightly weaker than the long-term trend of just over three percent. Nonetheless, it exceeded the forecasts of the Reserve Bank of Australia and economic analysts.

In the first two months of 2014, the unemployment rate in the country was six percent, the highest since July, 2003. However, the job market showed signs of recovery in February with the creation of close to 50,000 new jobs.

This increase in employment opportunities was substantial enough to offset the high-profile job losses at Toyota, Holden, Qantas and Alcoa. Then, in March, the unemployment rate fell to a four-month low of 5.8 percent.

According to a research report released by Suncorp Superannuation, about 48 percent of Australians think that the ideal retirement age is 60 to 69 years old. However, nearly half of Australia’s 5.5 million baby boomers believe that they will have to keep working into their seventies because of insufficient retirement funds.

There is some truth to this belief, as data from the Australian Bureau of Statistics revealed that 25 percent of Australians who are 65 to 69 years old are still working, and most of them are holding full-time jobs.

The Australian government is trying to create more job opportunities for baby boomers by giving a $10,000 payout to employers who offer a full-time position to a person who is above 50 years old and formerly on benefits.

Why Are So Many Baby Boomers Still Working?

Retirement is supposed to be a time to relax, enjoy hobbies and travel, but the recent global economic downturn, which hammered pension funds and asset markets, has forced some baby boomers to change their retirement plans.

Insufficient retirement funds and increased life expectancy are the two main reasons why many baby boomers are working after retirement.

More than 30 percent of them feel that they need at least $300,000 in super benefits in order to retire comfortably, according to the abovementioned Suncorp Superannuation report. While some of them decide to keep their old jobs, others choose to pursue continuing education and embark on a whole new career path.

Presently, there are many continuing education schools offering a wide range of degrees to keep baby boomers working towards their dream careers.

Working past retirement age does not only help Aussie baby boomers achieve financial stability; it also enables them to maintain their sense of identity and purpose.

About the Author: John McMalcolm is a freelance writer who writes on a wide range of subjects, from social media marketing to Cloud computing.

Ready to Onboard? 5 Tips for Finding Great Applicants

How To Take Action With Your Business Executive Search