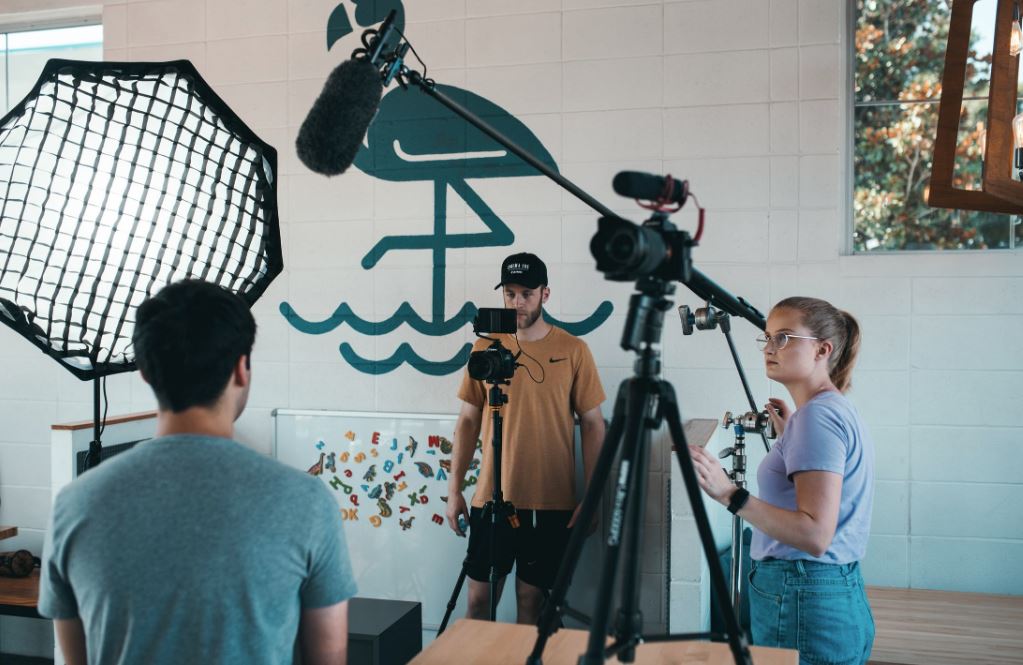 If your dream is to someday see your name listed on a big screen during the credits of a major motion picture, you don’t have to be a big movie star to accomplish that. Making films takes the combined efforts of thousands of different people. Camera operators, film editors, special effects artists, grips, extras and hundreds of other positions all contribute to the success of blockbusters.

However, to get these jobs, you need to know where to find them. These days, big productions actually occur in a number of different cities. Relocating to those cities can allow you get involved in some future hit film productions.

The most famous film city in the world is Los Angeles, California. The epicenter of the film world has and likely will always be the central LA neighborhood of Hollywood. If you want to break into the film business, moving to LA is certainly one strategy that has worked for most of the biggest names of all time. This includes everyone from Marilyn Monroe to Leonardo DiCaprio.

However, not every big production is confined to the west coast. Many cities have tried attracting film productions by offering generous tax breaks to film producers. One city that has done so for many years is Atlanta. If you want to help make some big movies, move to Atlanta, GA.  Cost of living in suburbs near Atlanta is lower than in many other bigger spots, which is why many people are able to still buy homes and raise their families. People look for home services and are able to afford a home in Atlanta compared to New York because there is a 74.1 percent less cost of living expenses. There are plenty of jobs as Georgia gives tax benefits for studios to film. So, job security is a reason why this is a film hub where you won’t have to live with 4 roommates just to survive. Movies filmed there include Guardians of the Galaxy Vol. 2 and both Hunger Games sequels. Hit TV shows you may know what were filmed in Atlanta include Stranger Things and the Walking Dead.

The Windy City of Chicago, Illinois is also beginning to become more famous for film productions. The Dark Knight, for example, famously used Chicago as the basis for its version of Gotham City. Batman vs. Superman was filmed in Chicago as well. However, Chicago has really been a movie city for decades. Other movies that made great use of Chicago’s urban and suburban landscapes included Home Alone, National Lampoon’s Christmas Vacation, Ferris Bueller’s Day Off and the Blues Brothers. Chicago was even used to create the film version of New York in John Carpenter’s Escape from New York.

As far as the east coast goes, New York City is certainly king in regards to film and TV production as it is in many other industries. The number of films, TV shows and even entire national networks centered in New York is almost endless. If you want to find work in the film and TV industry, the Big Apple is the place to be.

Not every big film town in North America is in the US either. Vancouver in British Columbia, Canada is also becoming known for its film productions thanks to the tax incentives provided by the Canadian government. Successful films shot in Vancouver you may have seen include 50 Shades of Grey, Rise of the Planet of the Apes and Man of Steel.

The film industry is a big business. It isn’t relegated to a single city. If you want to get your start in the movie business, there are a number of different cities you could relocate to. The five listed above are only a starting point.

How to Climb the Corporate Ladder: Career Goals and Tips