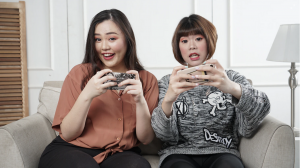 Video games have become more than a niche hobby for computer and console enthusiasts. Digital entertainment is now prolific on social media and across the internet, which has created opportunities for designers who want to use these programs to generate revenue. Whether a game is designed to make money from players, help market an existing brand, or simply provide a way for others to have fun, there are a few basic steps that every development team should go through.

One of the most painful duties of any game developer is deciding what features and elements to cut before release. Trying to incorporate too many ideas or forcing too much content early on can delay the launch date multiple times, which can damage relations with the player community. Designers should select a limited number of concepts and ideas to focus on when designing their game. It’s always possible to add more content and features at a later date.

Almost everyone on a game development team should understand the basics of coding and software design, but technical skills aren’t the only ones you need around. Generating ideas, bringing them to life and persuading people to engage with them requires many different skills. Game design teams should include people with various backgrounds and allow for plenty of input from all members throughout the process.

Game developers also need to carefully choose how they want to package their game and deliver it to their players. Mobile devices are already oriented around discrete applications, so this is standard practice for smart devices. More advanced games for laptops and desktop computers are often delivered through a game launcher, such as Xsolla, which is a proprietary or third-party platform that facilitates purchasing, playing and updating the game.

Connect with Your Community

Failing to listen to the concerns and complaints of players can be disastrous for long-term interest in a game. Developers should communicate with as many members of their player-base as possible to create balanced solutions to problems or other issues presented by the community. Prompt and professional customer service to resolve ongoing issues is also a must for driving growth and continued engagement.

Every game development team faces difficulties and challenges that force them to adjust their expectations or find new ways to approach a problem. That’s why developers need to take measured steps, create a strong team of diverse professionals and dedicate themselves to delivering a positive experience for the end users.

Lizzie Weakley is a freelance writer from Columbus, Ohio. In her free time, she enjoys the outdoors and walks in the park with her three-year-old husky, Snowball.

Next post How to Make Sure Your Small Business Succeeds

Should you play the free games at an online casino?

The Importance of Content Marketing for Businesses in Singapore