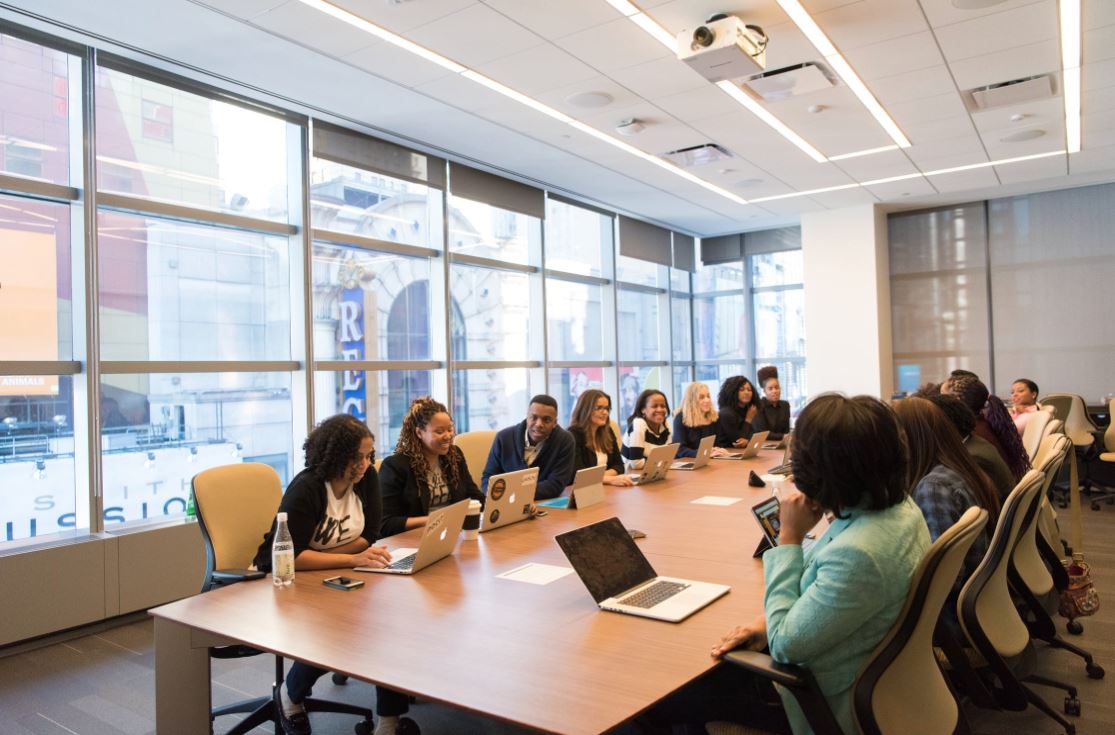 Whether you’re in a meeting or on the phone, there are ways to look and sound smarter to your audience. But start by questioning your motivations. Why are you pretending to be smart? Are you negotiating a pay raise? Is it a one-time meeting that will determine your company’s future? A conversation with a boss who hasn’t given you the respect you deserve? Or are you going to a small get-together at a friend’s house? There are many ways you can up your game in a conversation, and these are just a few:

Feigning intelligence is justified when the stakes are high. But when they’re low, you’re probably better off investing your time actually learning something. Take a free online class at Harvard. Listen to a podcast while commuting. Stream documentaries about nature, space, and history while you fold the laundry. Digest what you learned with someone you know so you can absorb and retain the information. Gathering information about the world around you will not only help “up” your conversation game, but it will also make you a more informed human being. Remember, knowledge is power.

Take time before the meeting, party, or job interview to memorize some facts. But make them strategic. You might know that elephants are the only animals with four knees, but try dropping that into a job interview. Instead, find obscure facts about the company. Or if you’re meeting someone for coffee, look up a fun fact about java. The key to strategic facts is making them organic to the situation. Everyone knows when you force a random fact for show, and your efforts will backfire. Therefore, choose your entry point carefully.

Everyone who’s listened to a public speaker spouting “Ums” and “Uhs” every other sentence knows how annoying it is. Filler words like these signal that you’re struggling with your thoughts, even if you’re not. Pauses are awkward, but only for the speaker. Your audience doesn’t mind them. In fact, short pauses can signal you’re deep in thought. Removing them takes time, so practice in one-on-one situations with friends, or join a toastmaster club. Over time, leaving off filler words will…uh…become second nature.

The reason Brits sound smart and charming is because their informal clichés are unfamiliar to Americans. How can you not think someone who says “I was gobsmacked” or “I’m over the moon” isn’t worldly and smart? Adopt a few casual British colloquialisms and slang. Then pepper them into your conversations. Your audience will be so chuffed.

5. Make It About Them

Often, the person you’re talking to is waiting for you to shut up so they can talk about themselves. So, take the initiative and make the convo about them right from the start. Be flattering, but not creepy. Ask plenty of questions, but don’t overwhelm. Start with a basic query, then drill down into the minutia. Talking about themselves will make the person like you. The more a person likes you, the smarter you will seem.

6. “Speak” with Your Body Language

What we say with our body language speaks volumes to our perceived intelligence. Sitting slouched, head downward, and eyes averted doesn’t project confidence. And appearing confident is the lion’s share of looking like a smartypants. Instead, sit up straight with your chin up, and make good eye contact. When listening, nod often and lean forward a bit as if you’re hanging on every word. Use body mirroring strategies to make the person feel comfortable.

Strong voice projection signals confidence and intelligence. It also helps people hear you over the dance music. But projection doesn’t equal shouting. Yelling at someone will backfire, and you’ll come off as a knuckle-dragging Neanderthal. Speak from your diaphragm using techniques to improve your speaking voice. Voice projection is especially important for women who often find it difficult to make their softer voices heard over a cacophony of male ones.

“It’s best to remain silent and thought a fool than to speak up and remove all doubt.” That adage is true of any speaking situation. If you don’t say anything, you can’t be proven wrong. Plus, remaining silent lets you keep the focus of the conversation on the other person. Speak when you have something to contribute, when you know the answer. Even if you only contribute one awesome thing, the person or group will remember it and attribute a depth of knowledge to you.

9. Have a Clear Message

Often, the ideas we try to articulate become convoluted and unintelligible. You can’t convince someone you’re Stephen Hawking if they don’t understand what you’re saying. Such intellectual posturing comes off as pretentious, unauthentic, and intimidating. So, keep your ideas unadorned by jargon and specialized language. Actual intelligent people can explain what they know in a way that anyone can understand.

Previous post How to Promote Your Brand in 5 Simple Ways

Next post How to Promote Your Business Brand Effectively

The Best Ways To Be A Better Boss This Summer

5 Successful Ways to Support Your Employees at Work

Building Your Own Company? Here Are 5 Teams You Should Consider Having on Your Side

Internal Communication: Why Is It Important for Success?