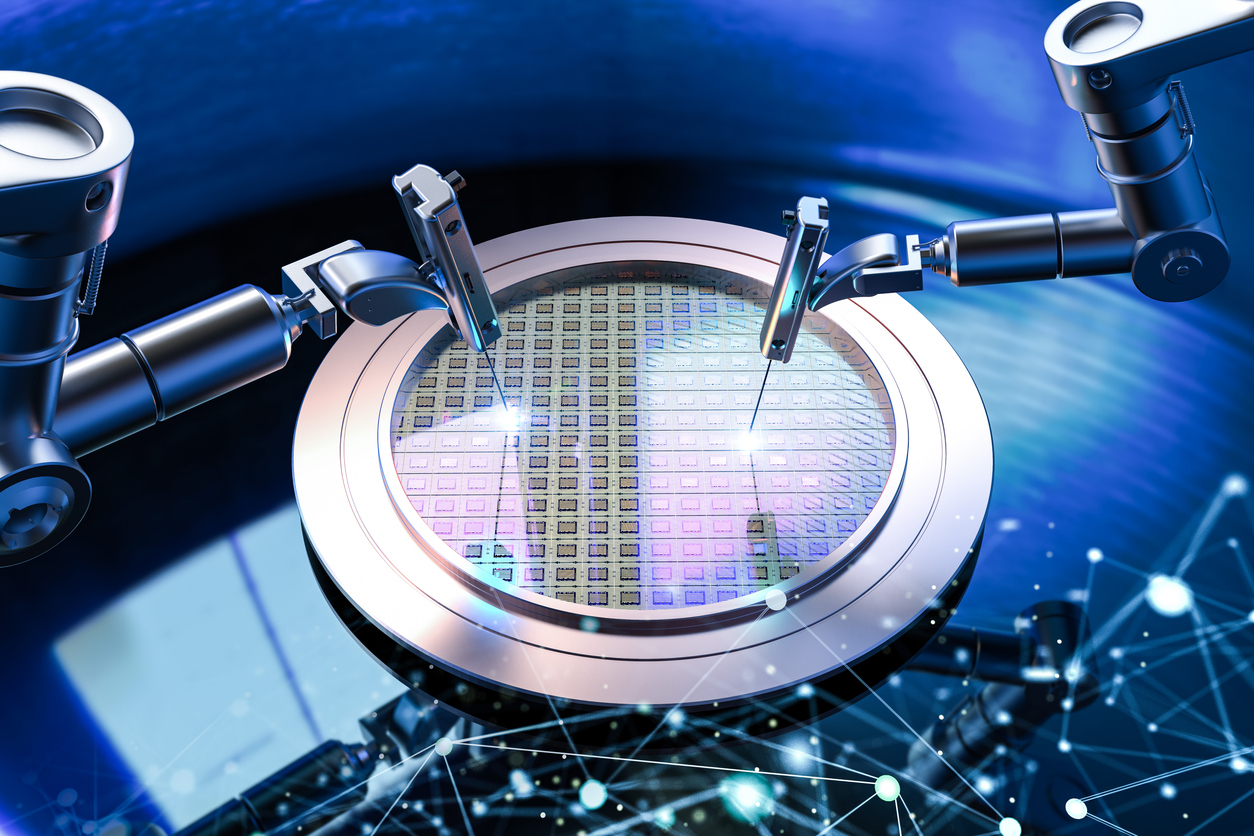 Semiconductor manufacturing is the process of making semiconductor devices, which are electronic components with circuitry that are made of semiconductor materials. These devices can be used in a variety of applications, including computers, cell phones, and other electronic devices.

The manufacturing process begins with the creation of a silicon wafer, which is a thin slice of silicon crystal. The wafer is then cleaned and processed to remove impurities. Next, a thin layer of conducting material, such as copper, is deposited on the wafer. This layer will serve as the circuitry for the semiconductor device. Sounds pretty simple, but it isn’t until the process is further dissected that we realize how truly amazing it is.

Companies like Lithography Solutions, LLC are responsible for the production of immersion fluids that are used in the lithography process, and a key component in semiconductor manufacturing that involves patterning the circuitry onto a wafer approximately 4 times smaller than the pattern.

These wafers are then cut into smaller pieces, called dies, which will eventually become individual semiconductor devices. The dies are then packaged and shipped to be used in the electronic devices of our everyday lives. Starting with a mere silicon wafer, the semiconductor manufacturing process is truly amazing when you take the time to think about all of the steps involved. It also helps us understand why technology costs what it does.

The United States is home to companies like Intel, Micron Technology, and Applied Materials. These three companies account for a large portion of U.S. semiconductor sales. With locations in Oregon, Arizona, and New Mexico, Intel is the largest U.S. semiconductor manufacturer. Working from large campuses’, they surround themselves with supporting companies and together they make up what is known as “Silicon Valley”, “Silicon Forest”, and Silicon Desert. Taiwan is home to companies like TSMC, UMC, and MediaTek. These three companies are the top semiconductor foundries in the world. They are responsible for manufacturing semiconductors for some of the largest tech companies, such as Apple, Qualcomm, and NVIDIA.

The semiconductor industry is at the heart of powering the future. They are constantly innovating and reinventing the way we use technology in our everyday lives. We can expect even more amazing things to come from this industry in the years to come as they help chart new territory in the fields of artificial intelligence, autonomous vehicles, medical technology, and more!

Next time you pick up your favorite tech gadget, take a moment to think about the amazing journey it took to get there. From start to finish, the semiconductor manufacturing process is truly something to marvel at.

Anica is a professional content and copywriter who graduated from the University of San Francisco. She loves dogs, the ocean, and anything outdoor-related. You can connect with Anica on Twitter @AnicaOaks.

Next post Guide to Design Your Space in a Smaller Apartment

6 Reasons to Invest in New Machinery For Your Industrial Plant

Manufacturing New Products? Planning Steps to Make It a Success

The Importance of Machining and Manufacturing