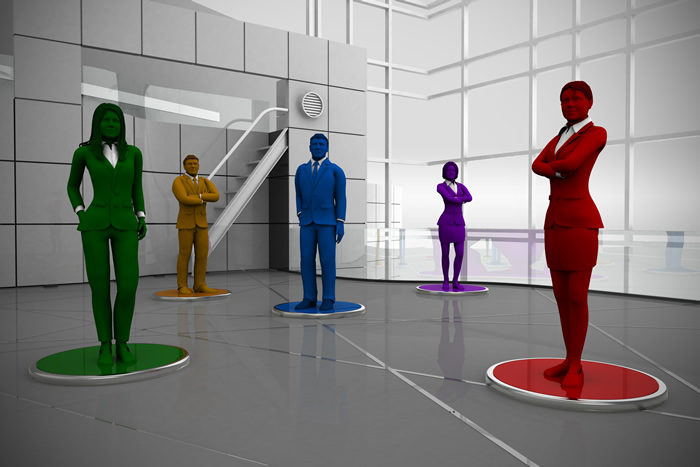 Looking at female CEOs in the United States, it’s self-evident that there is a huge gap between the two sexes.

Though women make-up more than 50% of the population, and they hold greater than 60% of the undergraduate and graduate degrees, a mere 4.6% of Fortune 500 CEOs are female. Why is that?

What do you think about the perception of female leaders?

It’s commonly perceived as bitchiness if a female CEO or manager takes a stand and orders employees around. If a man does the same thing, he is often described as being strong; taking charge.

How many times have you heard forceful women like Hilary Clinton or Michele Obama being described as too head-strong? More reserved females are often seen as being pushovers or easy targets. Think about it.

If you were seeking to hire a CEO within your organization, would you consider a female you thought was a pushover, or would you hire the more domineering one? Chances are neither would be appealing because both type of personalities – as described – would not be effective leaders.

You’d probably be more inclined to hire the man in your company whom you view as being strong and a take-charge kind of guy. And that is one giant challenge that women face in the workforce.

Feminists may vehemently disagree with this statement, but the fact is that traditionally, the role of the human female has been to maintain the home and keep it comfortable for the male human.

In fairness, some women happily take on this new role, others comply for the sake of family peace, and still others find ways, with their partners, to live the traditional lifestyle despite the increased cost of living we all deal with.

For those who are drawn to a career, the challenges can be nearly insurmountable, especially if that woman comes from a place with staunchly traditional views of the role of females.

As the following article looks at, take the experience of Cecilia Ibru, former CEO of the Oceanic Bank in Nigeria.

When Ibru took on the job of CEO, it was unheard of for a woman in Nigeria to even have a job, let alone a job with authority.

The whispers, innuendos and outright threats might have been enough to deter a less determined person. Thankfully, she didn’t give up, and now females in Nigeria are freer to take the path they want.

Challenges in life must be faced, no matter where the challenges come from, or who they are directed at.

Whether you’re male or female, at work or at home, dare to do what you want in life, so that others might have an easier time of it.

About the Author: Kate Supino writes about marketing, best business practices and HR matters in the workplace.

How Scheduling Software Can Impact Your Restaurant

Qualities Every Successful Leadership Team Has

Managerial Mistakes: 5 Mistakes to Avoid When Managing a Remote Team