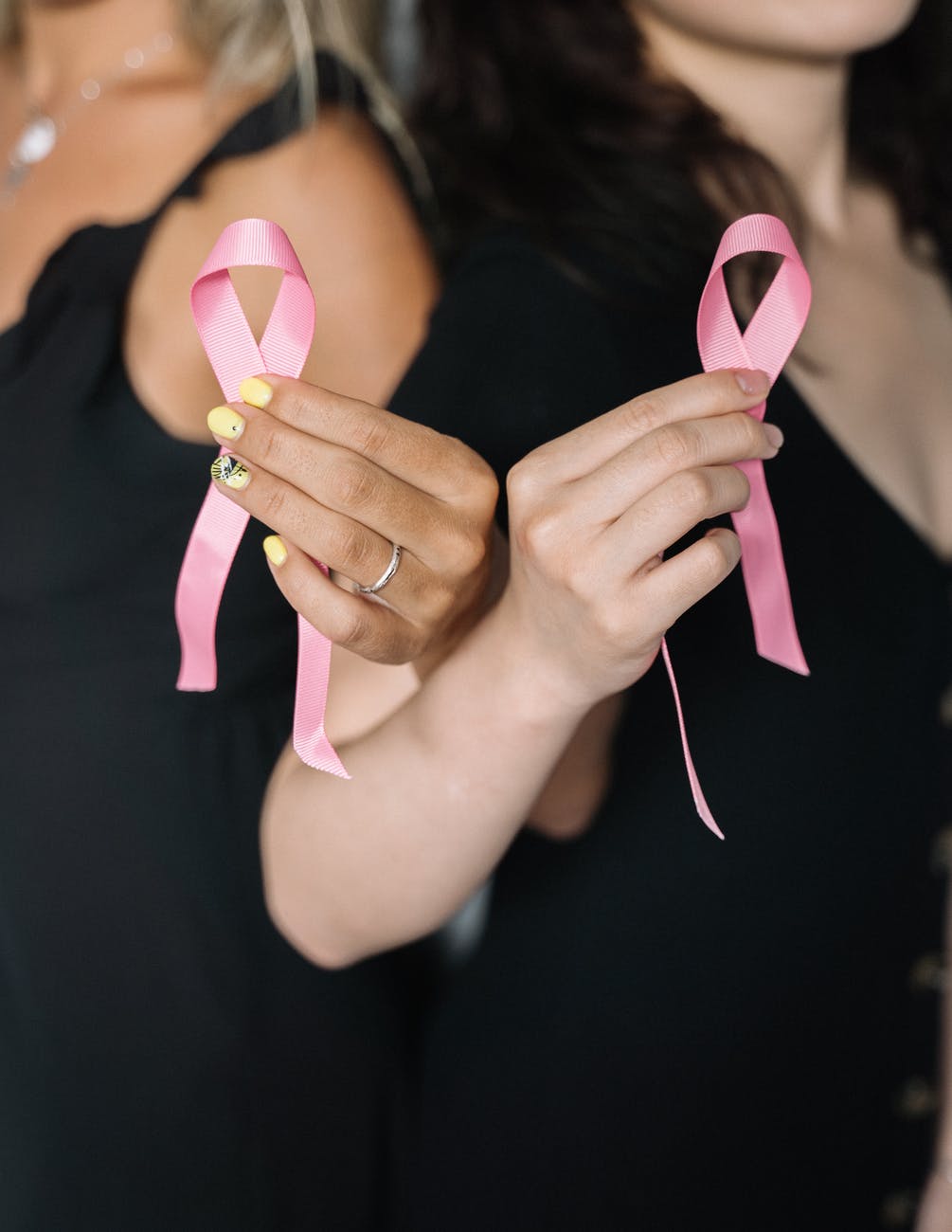 One in eight women in the United States will develop breast cancer in their lifetime. That fact alone is scary. This disease appears to be able to attack anyone at any time! It does not discriminate between friends or enemies! Though as frightening as this diagnosis can appear, it does not need to remain a mystery. Though many aspects of the disease are shrouded in mystery, many others can be known and understood.

Breast cancer is a disease which is caused by malignant, also known as cancer, cells form in the tissues of the breast. Though an exact cause for breast cancer alludes us for the moment, the disease does sprout from damage to a cell’s DNA. Many scientists agree that there are certain risk factors, both genetic and environmental, that can contribute to the reasons why someone may develop breast cancer in their lifetime.

Genetic factors, gender, and dense breast tissue can be as much to blame as sedentary lifestyle, poor diet, and being overweight.

While most symptoms are invisible, there are some warning signs that you can notice during a breast self-exam that can alert you to see your doctor. Let it be noted that these symptoms do not automatically mean that you have breast cancer. If you notice one or more of these symptoms, please see your doctor for a diagnosis.

A change in how the breast or nipple looks can include nipple tenderness, a lump that wasn’t there before, or an enlargement of the pores of your breast. Unexplained changes in the size or shape, unusual swelling on one side only, dimpling anywhere on the breast, or unexplainable shrinkage on one side may be signs that you need to see your doctor. Bloody, clear, or milky discharge when not breastfeeding should also be checked by a doctor immediately.

Now, we do have some myths to dispel. For example, though it is less common, men also develop breast cancer. Each year, roughly 2,190 men will be diagnosed with breast cancer, with 410 dying from it. The reason for the low diagnosis numbers is because not many understand this myth.

Thus, it is important for men to complete breast self-examinations as well to screen for symptoms early. This cancer is not contagious! Such a type of cancer is caused by uncontrolled cell growth of mutated cells that can spread into other tissues in the breast. It is not contagious from one person to another, like the common cold.

Antiperspirants & deodorants do not cause breast cancer to occur. Scientists have done countless studies and have not found a definite link between the two.

The gene mutation BRCA1 or BRCA2 is in your DNA does not mean that you will surely develop breast cancer. Those who have the mutation are five times more likely to develop breast cancer than those who do not, but this isn’t a definite thing. Various measures can be taken to make sure that chances are lowered, such as taking hormonal therapy or taking surgical preventions.

If you’ve been diagnosed with cancer, doctors will test to see if the cancer cells have spread throughout the breast or to other parts of the body. Such a process, known as staging, helps to determine the stage or spread of the disease so proper treatment can be planned.

Stage 0 means abnormal cells have been detected and are contained in an area of the breast. Stage 0 is divided into three categories depending on where the cancer is found: DCIS, ductal carcinoma in situ if found in the lining of the milk duct; LCIS, lobular carcinoma in situ, if found in the lobules, and Paget disease of the nipple. This stage is highly treatable, though left undetected or untreated can result in the abnormal cells transforming into cancer cells and spreading to surrounding tissue.

Stage 1 means that cancer cells have developed but are contained in the area where the abnormal cells began development. Divided into 1A & 1B depending on the size of the tumour and lymph nodes of the cancerous area, this stage is also highly treatable with the five-year survival rate being 100%.

Stage 2 means that the cancer is growing but is still contained in the breast or has only infected nearby lymph nodes. Like with stage 1, stage 2 is also divided into stages of A and B with the size of the tumour & whether cancer has spread to the lymph nodes being the deciding factors.

Stage 3 means that cancer has extended beyond the immediate region and possibly invaded nearby lymph nodes and muscles but not to distant organs. This stage is divided into categories 3A, 3B, and 3C depending on the size of the tumour and if cancer has spread to lymph nodes and surrounding tissue. Seen as an advanced stage, effective treatment options are available.

Stage 4 means that cancer has spread to other areas of the body. These areas include the brain, bones, liver, and lungs. Though not curable, it is treatable. Advances in modern medicine can allow those with the disease to live longer by managing their illness.

When it comes to framing a treatment plan, said the plan would include one of 5 options: surgery, radiation, hormone therapy, chemotherapy, and targeted therapies. It’s important early on to choose a doctor who will make sure to use the leading breast cancer treatment for whatever stage of cancer. Do your research thoroughly on professionals in your area along with researching what treatments may be best for you.

Surgery is what it sounds like; removing the infected area before it can spread. Depending on the size and spread, the amount can vary from a few lymph nodes to the entire breast. Also known as radiotherapy, radiation uses high-energy rays to kill cancer cells only in the area of the body being treated with radiation. This form of therapy is usually used after surgery and can kill mutated cells in the breast or armpit area.

Hormone therapy may be used if it is found that the cancer cells are feeding on estrogen or progesterone. Your doctor may add hormone therapy drugs, such as blockers or inhibitors, to the treatment to help destroy the cancerous cells by cutting off their food supply.

Chemotherapy uses a mixture of drugs to either kill or slow the growth of cancer cells. It is usually administered for short periods over several weeks, allowing for rest periods so normal cells can recover.

Targeted therapies involve drugs that block the growth of cancer cells in certain ways. One such way can be the blocking of an abnormal protein that causes the growth of the cells.

It is vital to stay positive even though it may be extremely hard at times. Let yourself feel your emotions. How you are feeling matters, whether it be good feelings are bad. Allow them to dwell for a moment, but let them pass. Surrounding yourself with supportive friends and family can help you with your darker days along with making your bright days even brighter. Don’t forget how exercise and enjoying even the little things in life can do wonders for your mood and outlook!

Being diagnosed with such cancer can be very scary, but it does not have to remain that way. Choosing a doctor, you can trust, along with having a support group to help keep your spirits high during your treatment plan can make all the difference in the world. Do not be afraid to do your research and ask questions about what you don’t understand. Be aware of the myths and keep yourself present in each moment. You will come through it stronger and better for it.

Maintaining and Motivating: Boosting Morale in Your Healthcare Business

Try Changing Your Sleep Patterns and Get More Done

Building a Career in Healthcare Administration: A Guide

8 Tips to Protect Your Eyes When Working on a Computer

7 Things to Consider Before Switching to Telehealth