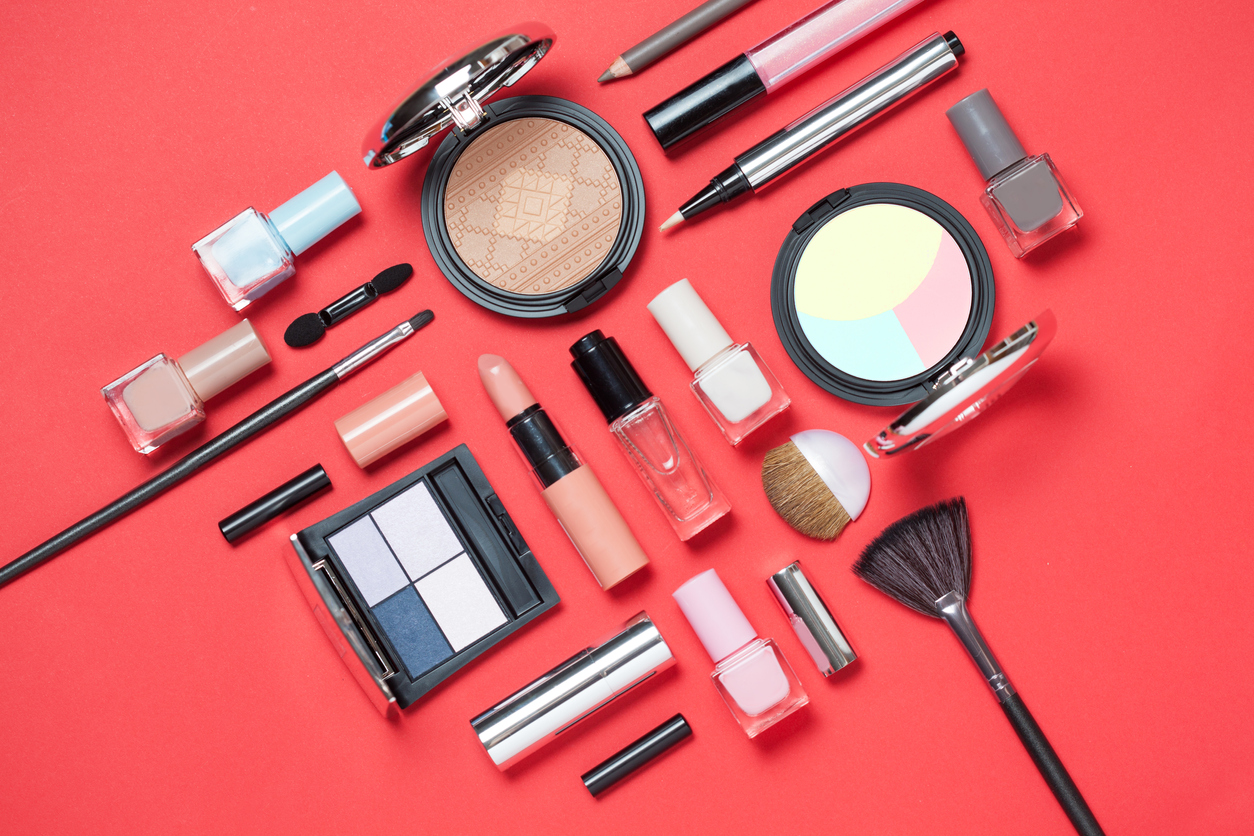 With the rise of social media use, makeup trends are easier than ever to follow. And, like most things, they seem to follow a cyclical pattern of being repeated every 20 years or so.

Makeup, skincare, and hair care products were originally made from scratch with natural ingredients. As the popularity of makeup grew over the decades, more additives were used to increase staying power, brighten colors, or prolong shelf-life. Today we’re seeing a shift back to natural ingredients, with more brands emerging that do not test on animals or include potentially harmful substances in their cosmetics.

Makeup has been used for centuries. Egyptians, Romans, and Persians are among the first cultures known to have utilized makeup for both men and women. Makeup was often organically created, using soot, chalk, and plants to create painted embellishments on one’s face.

Often, makeup, hair removal, and wigs were seen as signs of status. The wealthy or blessed altered their appearance in order to show where they stood in society, and in the eyes of the gods.

In other cultures, the opposite might be true; someone who wore makeup was labeled wicked or vain. They were seen as someone with something to hide (although sometimes it was an attempt to simply mask the sickly complexions acquired during years spent inside during pandemics). Since natural beauty was attributed to being favored by god(s), if a person attempted to enhance their beauty, it was seen as dishonest and immoral.

Beauty standards today vary as widely as they did in the past. Some people feel more empowered and confident when they’re all made up. Others feel makeup is a burden and prefer to go au natural. Whichever your preference, let’s take a look at the history of makeup, and some of the popular trends that stand out.

People used a variety of natural cosmetic products, including makeup, perfume, and hair dye. Natural ingredients used in the past include:

Makeup Trends – Then and Now

It’s hard not to fall victim to trends throughout the years. Whether it’s bell-bottom jeans, razor-thin eyebrows, or faux-Greek columns in front of your house, some are hard to avoid.

A natural, sophisticated look was the goal in the early 1900s. With pops of color on the cheeks and lips, it was understated and matte. Makeup wasn’t common for everyone, and there was still a school of thought that it was only for performers and sex workers.

Makeup became more widely accepted for everyday use, and mass-produced products started to hit the market so women didn’t have to make all their makeup by hand anymore. Still, the application was subtle.

Makeup counters made it easy for women to test out makeup before committing to a product. Throughout the 1920s, makeup was more mainstream and meant to make a statement.

During this decade, lipstick had its moment. Studies show that for every lipstick sold in the 1920s, 1,500 more were sold in 1931 alone.

Here we see women straying from pale foundation and instead, going at least one shade darker. In addition to this shift, the following are the popular makeup trends of the 1940s.

The war made some products scarce, but women either made their own, scouted out limited restocks, or purchased discarded stage makeup at second-hand shops. Wearing makeup during the war was a sign of patriotism, and showed that women were willing to step up and fill the roles left behind by men while still maintaining cultural standards that defined femininity at the time.

Celebrities such as Marilyn Monroe and Audrey Hepburn brought back thicker eyebrows in the 50s. With the end of the war, some luxury makeup brands emerged, including Helena Rubinstein and Elizabeth Arden. More budget-friendly brands, such as Max Factor and Avon, were popular choices among many.

When you think of 1970s icons, you probably picture feathered hairstyles and natural makeup looks.

Are you ready to rock? The makeup of the 80s featured a lot of colors, topped with bold brows and big hair.

Perhaps if more people had considered a balanced diet and exercise essential to looking and feeling good instead of relying on dangerous diet pills, the heavy makeup in the 80s wouldn’t have been so common.

Frosted hues and glitter entered the chat in the 90s. Many of the fashions from this decade are fighting their way back but, thankfully, most of the makeup is not.

The early 2000s were still fraught with frosty shadows and over-plucked brows, and here are the fellow partners in crime when it came to makeup.

People finally put down their tweezers and let their brows grow in the 2010s.

On the flip side, natural looks were coming back into fashion, with many celebrities sporting a “no-makeup” makeup look. BB creams replaced heavy foundations for some, offering sheer, lightweight coverage.

Perhaps the most hard-to-define era when it comes to makeup, the 2020s feature winged linger, neon eyeshadow, nude lips, and dewy finishes.

Whether you’re still loyal to your favorite brand from youth or have switched to something else, it’s refreshing that anyone can now wear makeup without judgment. It’s no longer a practice solely reserved for the wealthy, the chosen, or those of ill-repute.

The Power of Social Media Advertising