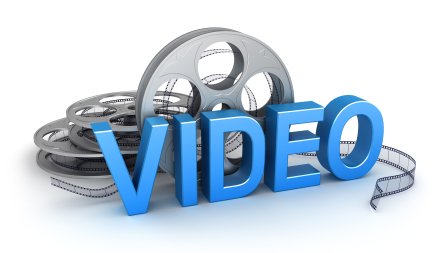 The recent announcement from Yahoo CEO Marissa Mayer presents exciting news for companies interested in manipulating the mobile video trend for their brand.

Standing on stage at the Mobile Developer Conference in San Francisco in July, Mayer unveiled a powerful new mobile app called Livetext that enables users to communicate via video and text message.

The recent announcement from Yahoo CEO Marissa Mayer presents exciting news for companies interested in manipulating the mobile video trend for their brand.

Standing on stage at the Mobile Developer Conference in San Francisco in July, Mayer unveiled a powerful new mobile app called Livetext that enables users to communicate via video and text message.

Currently the app doesn’t transmit audio, but it doesn’t take a genie to see that will certainly come in the near future.

Though the app is targeted at casual users, it’s sure to capture the attention of savvy company marketing managers who can recognize the potential for interfacing with customers on a whole other level.

People are voraciously consuming mobile video with willing appetites. YouTube, the precursor of Internet video for the general public, has already proven the concept of the public’s insatiable desire for more and more video content.

The advent of mobile devices and increasingly smart – and fast – video watching capabilities has led to this inevitable pairing of mobile and video.

The phenomena is so miraculous that viewers who may have learned to resent advertiser’s television commercials on TV are now compliantly resigned and even willing to sit through short and long videos that obviously exist solely to sell them something.

As the article “4 Fast Facts About How People Are Consuming Mobile Video” explains, studies have shown that viewers appreciate watching mobile video ads that are targeted either to their stated interests, or to their browsing history.

It’s unclear how long this latest trend in mobile video capability and marketing potential will last, but it is clear that your brand should have designs on mobile video.

That said it’s time to move the marketing budget around or throw more money in the pot, because mobile video is here to stay for now.

Build Your Brand with Mobile Video

Building your brand with mobile video is even easier, now that Facebook has added its clever imbed video feature that also plays on tablets and other mobile devices like smartphones.

Take advantage of the opportunity by using your company’s Facebook page to add shareable videos for your followers.

Don’t hog all the attention on your Facebook page.

Getting your followers engaged and involved is even easier with mobile video, since you can share video that isn’t even related to your brand, and still get them to associate with the video you post.

Videos are a great way to express your company culture and to show the world what your brand is all about.

Remember that videos don’t have to be expensive to make. Sites that sell video clips and that make custom videos for people abound on the Internet.

A short video for distribution on a mobile device will cost pennies compared to a full-production television ad campaign.

How to Grow Your TikTok Following

How Talking Through Video Can Boost Your Business

How to Increase Your Company Sales Revenue

The Importance Of Video In Marketing

5 Tips for Making A Great Vlog