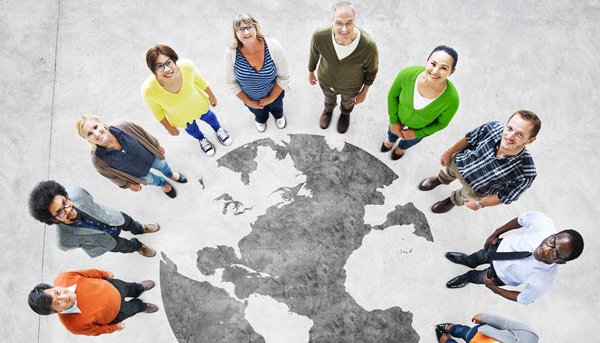 The idea of working abroad and leaving the U.S. is one that appeals to a lot of people. Maybe you’re a new graduate and you’d like to go overseas and utilize your skills, or perhaps you’re further along in your career and you’d like to make a change.

The idea is similar to people who come to the U.S. for work. Many people come to the U.S. on temporary work visas, and then they’re able to send money back to their families using services like Remitly and develop valuable skills in the process.

The following are some ways employees in the U.S. can take a page out of foreign workers’ books and go abroad to work.

Some employees may have the plan to go abroad from the start so they’ll start studying a foreign language while they’re in college. If you didn’t do that, don’t worry. There are plenty of online courses and classes that can help you with your foreign language skills as you’re searching for employment.

When you want to work abroad, you might automatically start looking at companies that primarily operate where you’d like to go. That’s fine, but there are also plenty of companies in the U.S. that have a reputation for sending employees abroad for a period of time.

For example, Deloitte is one such company. They have partnerships in countries throughout the world, and while their headquarters is in New York City, they also often send people on international placements. You don’t have to be a top executive, either. They send everyone including interns and entry-level employees abroad if they’re interested.

Another example is HSBC, which has an international management program.

Even if you don’t find employment with a company that will place you overseas for a year or two, there are jobs where it’s all about travel. One example is the Uber Launching Team, and another is Airbnb. These companies are known for having positions that are almost entirely travel-based, and they may even offer travel-based perks and benefits to employees.

Finally, you might explore a working holiday visa as well. A working holiday visa is something that people aged 18 to 30 or sometimes 18 to 35 may be eligible for, depending on the country. These options let people work abroad in different positions around the world as they’re traveling. You will have to show that you have a desirable skillset to get one of these visas, and you may need to show your resume as well.

It’s definitely possible to work abroad in different settings and ways, so if it’s a dream you have, doing some research can help you make it happen.

Previous post How to Secure Funding for Your Small Business

Next post How To Keep Customer And Client Data Secure

Take a Workation in These 3 Cities

How to Develop Your Businesses IT Strategy

Is Traveling By Air Allowed With Your CBD Vape Pen?