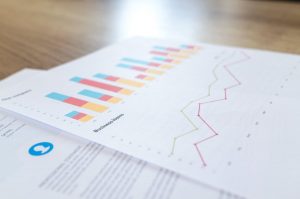 There are many occasions in business when it can suddenly become clear that you are in a position to expand it. When that is the case, it is almost always a good thing, and it certainly means that you are doing something right at least. That doesn’t mean that it is always easy to make sure it goes to plan, or tht you even know how you are going to approach it necessarily. But it does mean that you are in a good position to start leading your business forward in a powerful and engaged manner, and that is what really matters. In this article, we are going to take a look at how you can ensure that you expand your business just right, so that you get as much out of it as possible and can call it a success.

In truth, it’s all about timing. As long as you get the timing of this right, you can pretty much hope that everything else will fall into place more or less as you want it to. But knowing how to get the timing right is much more difficult than you might at first assume. There are so many things to consider, and if you fail to think about them all in turn you will find that you are going to struggle to get it right. So what are some of the things that you might want to think about when it comes to timing your business expansion well?

First of all, consider whether there are any big changes for your business coming up, other than the expansion itself. For instance, you might be looking at a merger or something of the sort, and you will need to ensure that you take that into account. You should also look at the calendar and keep an eye out for any annual events in your industry that you generally need your business to be a part of in order to keep its profile up. That doesn’t necessarily mean you can’t expand at those times, but it does mean that you need to tread carefully so as not to shoot yourself in the foot later on in the year.

Timing also means that you need to take into account how long the expansion is likely to take, which is something you can’t ever work out perfectly, but which you should be able to get a general sense for. Doing so is going to make you feel much more prepared. You also have to think about whether or not you currently have the budget for the expansion. If you don’t, that means that it is not the right time either. Let’s look more at that in detail now.

Without a secure budget for your expansion project, you can’t really expect it to go to plan at all. But budgeting for such a thing can be very difficult indeed, especially if you have never had to do so before, and it’s something that you might want to think about if you are going to make sure it goes to plan. It’s a simple, if concentrated, effort of listing every possible thing that you might need to spend some money on, and making sure that you have fair estimates for all of it. If you can do that, you are going to find that you can much more effectively budget for your expansion, and it should all go to plan much more easily.

It’s important to remember that good budgeting also means you might have to make some adjustments here and there, possibly even sacrificing one or two elements of the expansion that you really want to be there but which you are not certain you can afford. That is one of the tougher parts of the process, but the more resolutely and confidently you deal with it, the more likely it is that you are going to be able to work through it and still have strong financial standing once you are done with the expansion.

If you ignore budgeting, you could easily cause huge problems for yourself, so it is one of the most essential parts of ensuring that you expand your business in just the right way. Consider it as an early essential thing if you don’t want to get into any trouble.

Both the timing and the budgeting of any expansion project are both going to be tied up tightly with the notion of scheduling it all out too. You are going to want to ensure that you have a good sense of what kind of schedule you need, how long the project will take, and what you can expect to be done when. This is going to mean that you can plan it all out much more succinctly and tightly, and that you are going to find you have more luck in getting it all done as soon as possible. That doesn’t mean you should rush it, as you want it to go as well as possible, but it does mean not wasting any time either.

In scheduling, you are going to have to consider the type of expansion you are engaging in and work towards that as best as you can. So if you are thinking of expanding your business by starting up a new office in a new location, you are going to have to think about what your starting point is. Are you going to be building a new office from the ground up? If so, that will take a lot longer, so you have to allow for that, perhaps even make sure that you are using some good quality construction scheduling software to keep everything in order as well as you can. If you are opening a second location store, then make sure that you are scheduling for that specifically. It’s all about paying attention to what is really going on, even while making general plans for scheduling success.

Before you even really get started, you are going to want to make sure that your business is in a good position to actually expand in the way you are hoping to expand. That means that it needs to be as secure as possible in its base before you do anything, which is something you might often have to spend a long time on to get it just right. You will know that your business is secure at its base if a failure of the expansion would not cause any significant trouble in the business as a whole. That is the kind of position you want to be in before you expand, to ensure that you are actually going to be able to do it safely and securely.

It’s hard to be absolutely certain that you are in such a position. But with a careful attention and some common sense, you should be able to work it out, and it’s something you are going to want to do as carefully as possible to ensure the safe future of your business. No expansion is worthwhile if it puts the entire future of the business in jeopardy, so bear that in mind.

If it looks as though the business needs a little more securing first and foremost, then that might just mean waiting for a while, or you might want to think about doing something to ensure that it will remain safe, such as using a separate budget for the expansion or even thinking about starting up a sister company instead of expanding at all. Often, that is the safest and most sensible way of doing things, and it is a possibility that you should consider in order to keep your business perfectly safe.

There are very few kinds of business expansion which do not require that you hire some new people. If you are planning on starting up a second location store, then that means you need people to staff it. If you are opening a second office, you obviously need to populate it with workers. Likewise, expanding overseas requires a huge number of people not just on the ground in the overseas location, but also in helping make the move itself too. With all of these people who are going to come on board, you need to make sure that they are actually going to be right for those tasks, and now is not a time to hire just anyone for the job.

In hiring the best people you can, you are going to be putting your business in a much better position indeed, and ensuring that you are much more likely to have a great deal of success with the expansion. Make sure that you know what qualities you are most looking for, and that you work on finding those people with those qualities as soon as possible, but after great effort expended in finding the absolute best. That will mean that your expansion is much more likely to succeed.

Next post The Little Black Book: Contacts For A Better Business

3 Ways to Keep Your Company Protected in the Digital Age

6 Creative Ways to Increase Your Income