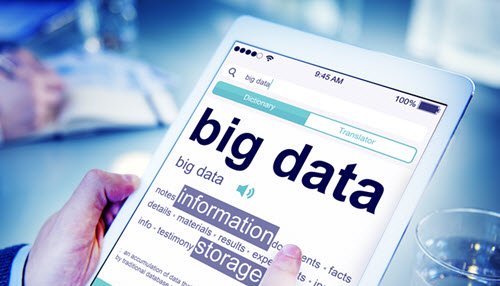 An increasingly growing number of companies, including Xerox, Lowe’s, UPS, Four Seasons, Turner Broadcasting, and others are outsourcing their most important decision – who to hire – to computer software. Traditionally, companies make their hiring decisions based on the applicant’s education, experience, and their own intuition. However, hiring based on a hunch is not a great predictor of how the applicant will actually perform once on the job. This is why big data is one of the hottest trends in HR technology right now.

Big data refers to the process of capturing, curating, storing, analyzing, and visualizing data sets so large and complex, they cannot be handled with traditional software tools. Companies that use big data to make hiring decisions analyze statistics about employee turnover, performance, and employee assessments to understand what type of people will be most successful at each job. They then use their findings to implement hiring assessments, such as Cream.hr, that screen job applicants for the identified traits.

Here are a few stories from companies who successfully used big data to meet their hiring goals:

To staff its 48,700 call-center jobs, Xerox used to look for applicants who had call-center experience. However, many call-center employees quit within six months, before Xerox had a chance to recoup their $5,000 investment in training each new employee.

After applying the big data approach and looking at what makes a call-center employee stay for longer, Xerox found that personality is what really matters – creative people tend to stick around while inquisitive people often do not.

After implementing a hiring assessment that looks for these specific personality traits for all call-center applicants, Xerox’s turnover rate dropped by 20% in only six months, according to Wall Street Journal.

Josh Bersin, CEO of Bersin & Associates, recently shared a story about a large service provider that hires thousands of salespeople every year. Executives at this company believed that top performers came from brand name colleges, had a high GPA, and demonstrated leadership ability in prior positions.

After analyzing data about turnover, sales performance, and productivity from thousands of salespeople over several years, they found that only six key criteria mattered for top performers, including having no spelling errors in their resume, having a college degree (doesn’t matter which one), and excellent multi-tasking skills. Meanwhile, attending a brand name college, having a high GPA, and demonstrating leadership did not matter.

The company altered their hiring process significantly to assess applicants for the criteria found through their data, and within the next six months, experienced a $4.5 MILLION increase in revenue over their traditional run rate.

After implementing a hiring assessment to look for applicants who scored high on the assessment, Richfield’s worker’s compensation claims have fallen by 68%, according to the Wall Street Journal.

Under today’s economic pressure to cut costs and boost productivity, companies that leverage big data will far outperform those who do not, according to McKinsey’s Big Data research. When done correctly, big data not only saves companies a lot of money, but it also levels the field for employees. Not every potential employee attended a brand name school, maintained a 4.0 or has an ultra-specific degree, but that does not mean they are incompetent. Big data allows employers to hire for traits that actually matter for the position.

Neil MacGregor is the Co-Founder of Cream.hr, a psychometric pre-employment assessment platform that determines top-performers based on a powerful proprietary algorithm. It predicts job performance by measuring crucial traits and overall intelligence.

Qualities Every Successful Leadership Team Has

How can a payroll, compliance, and hiring platform help you?