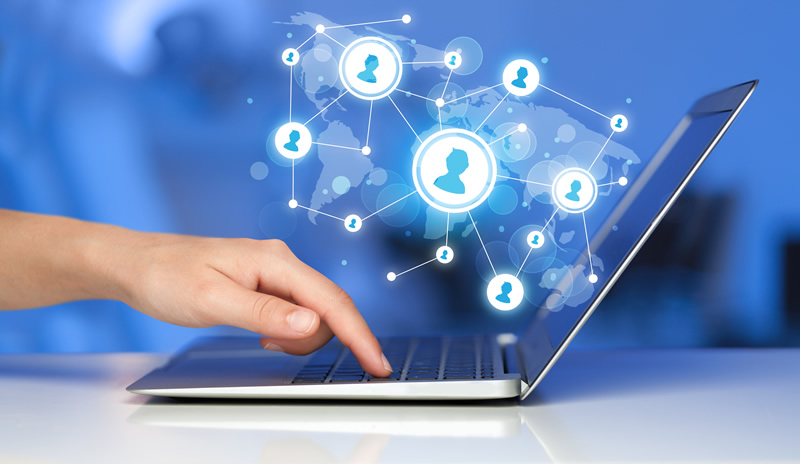 With the impact of the COVID-19 pandemic, virtual networking has taken off more than ever before, and it’s never been more important to try and make the right connections with the right people. After all, in the very literal sense, your career depends on it.

However, whether you’re new to networking entirely, new to use virtual networking, or you want to enhance the opportunities you’re getting out of the time you’re investing, just like everything you do in life, there are some key things you’re going to want to think about when you want to succeed.

With this in mind, today, I’m going to be focusing on the seven most common and most brutal mistakes you need to avoid when virtual networking. Avoid these, and you’ll be able to ensure you’re giving yourself the best experience possible.

Just because you like what someone is saying, don’t just send them a social media request to connect without talking to them first or sending them a message. Be a person, not just someone who clicks buttons.

“Everyone attends networking meetings because they’re looking for one thing. Value in other people. If you’re not providing value and you’re only attending the meeting to take value from other people, this is going to leave you not moving forward in any sense,” shares Oscar Diaz, a business writer at Paper Fellows and Boom Essays.

It’s All About New Contacts

Yes, networking is all about meeting new people and see what opportunities for connection are out there, but don’t forget to pay attention to your existing relationships. If you can’t maintain relationships, then there’s no point in seeking out new ones.

How would you dress when attending a networking meeting in a physical room? Well, of course it depends on the type of networking meeting you’re going to and what kind of industry you’re in, but the chances are you wouldn’t turn up looking dirty, unkempt, and unwashed.

You’d want to make a good impression. The same logic applies to virtual meetings. People can see you, albeit through video, and they’ll still make judgements based on your appearance, so make sure you’re looking the part the moment you enter the meeting.

Having an unprofessional setup is one of the main issues you’ll come across when virtual networking, and if you’re experiencing problems, this is going to look bad on you. Before logging into the meeting, make sure you’re testing your setup to see what works and see if anything needs to be fixed.

Make sure your camera and microphone are connected, updated, and are working properly. Check your internet connectivity, and your speakers to ensure you can hear everyone clearly.

Of course, you want to look good and stand out from the crowd in your own way when attending a networking meeting, but if you oversell yourself, you’re quickly going to find yourself dealing with a lot of problems, mostly related to being unable to deliver on what you promised.

“When it comes to networking, it’s all about being proactive in making genuine and authentic relationships where you can trust the people you’re talking to. Be proud of what you can do, but don’t be afraid to say you can’t or don’t know when someone asks you something. Everyone has room to improve in everything they do,” says Nick Turner, a marketing blogger at Australian Help and State of writing.

Cold Pitching Off the Bat

Cold pitching is the same in person as it is when virtually networking. If you lead straight into a conversation where you’re trying to make a social media connection, or you’re trying to sell someone something, they’re not going to be interested.

Instead, spend at least ten minutes trying to get to know someone and actually building an honest and genuine relationship. Nobody is there just to be sold opportunities that they’re not actually interested in; they want to meet real people who can bring real value into their lives.

As you can see, virtual networking is not much different from physical world networking, but you just need to be aware of what you’re doing and what your approach is meeting and connecting with people. It takes a bit of trial and error, so be brave and see what opportunities come your way.

Kristin Herman is a tech enthusiast and a project manager at UK Writings and Academized online writing services. When she’s not writing about new business opportunities, she can be found painting and reading in her California home. She also contributes to Essay Roo writing blog.

Next post 2020 Has Influenced a New Class of ‘Pandemic Founders’

7 Signs Your Job Isn’t the Best Fit for You

How Employers Can Teach Soft Skills