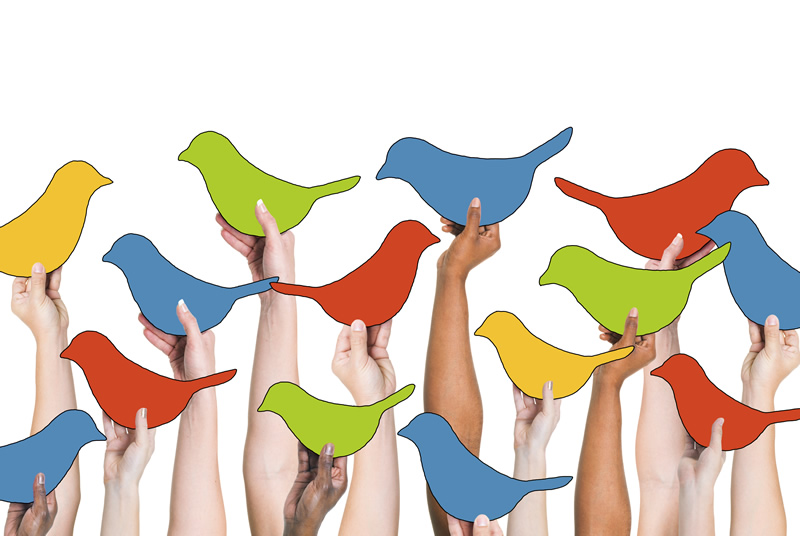 Digital marketers should consider social media followers as potential customers who can deliver feedback and help to improve the conversion rate. These 8 tips can help marketers drive traffic from Twitter to your website.

Expand your presence on Twitter. Shout loud so that everyone notices you, and then talk sensibly so that they listen to you.

To build authority, first, you should build credibility. There are millions of fake accounts on Twitter and they are easy to spot. To make sure sure your account doesn’t appear fake, fill out your profile and include some personal details. Use your own photo or an avatar that is meaningful.

Share interesting news all around the world; write microblogs frequently; find key people in your industry and retweet their best tweets (Not all tweets).

It’ll take time, but once you build authority, followers will find you. You won’t have to seek them out.

Mass following is not a particularly effective Twitter strategy. Be selective and follow people who share the same interests as you. If you focus on fitness and health, follow others with similar interests; fitness, health, food and lifestyle brands on Twitter. Following automobile brands may be pointless, because you may not find a good cross section among followers who like automobiles and those that are interested in fitness

After you pick a group of Twitter users you want to target, start networking with them. Networking is the key to bring traffic to your site. Networking becomes incredibly difficult when you do not have a  follow strategy.

You can increase your tweet’s reach using hashtags. When a particular hashtag is repeatedly used on Twitter over a short period of time, it can appear as a  ‘trending’ topic. Since tweets with hashtags are displayed to all the users, you can gain more visibility and reach by using hashtags appropriately.

You can also use hashtags to target  strategy is to use hashtags that specify niche areas. When you add niche-specific hashtags, your tweets are seen by people who have interest in those areas.

Twitter has a built-in analytics platform that allows advertisers to reach out to targeted traffic with the hope that they’ll ultimately visit their sites and buy their products.

You can see the impressions, engagement rate, and a visual description of the engagement going up and down.

Let’s say you build a network and your tweets are gaining traction. Are that all for sending traffic to your site? No, you need to highlight the links to your site at every given opportunity.

Marketers suggest putting trackable links to track how many followers are landing on your site from Twitter. Most users put their site links in the website section of twitter profile. For better visibility, the link to the homepage or any other page should be in the bio section too. The bio section is above the website, hence users can see it promptly when they visit your profile and come to your site from there.

This is a relatively new trend and one that is gaining popularity for its effectiveness. The idea behind recycling is posting the same tweet more than once on different days and at different times.

Why should you recycle content? According to Twitter statistics, an ordinary tweet fails to reach even 2% of one’s total followers. This means if you have 1000 followers, then less than 20 people will see your tweets. Now, among those 20 followers, less than 10% will retweet or like your tweet, meaning less than 2 retweets or likes for you.

When you post the same link with different texts or accompanying images, it reaches to more people and the volume of twitter traffic to your site increases.

Add video or images to your Tweets to increase your Click Through Rate. A post without images or video has less chance of being shared compared to a post with a visual. Twitter admitted this on its blog. Images drive most engagement. See the infographic below:

A tweet with both texts and images can drive up to 75% engagement. Since engagement is the precondition for traffic from Twitter, sharing images ultimately brings traffic to your site.

Promoted tweets can be targeted to thousands of users increasing the probability of your content being seen by more people.

Try one or two, or all, of the tips above and comment on how they worked for you.

Mike is a digital marketing professional currently working as a PR manager at TruConversion.com He truly loves online marketing and anything digital. He is very focused on his clients. Once he starts work, he is fully committed to his duties and responsibilities at that company

Previous post Sketch vs. Photoshop: Is It Time To Switch From Photoshop To Sketch?

Next post Stop #Identity Thieves Before They Stop You

The Power of Social Media Advertising